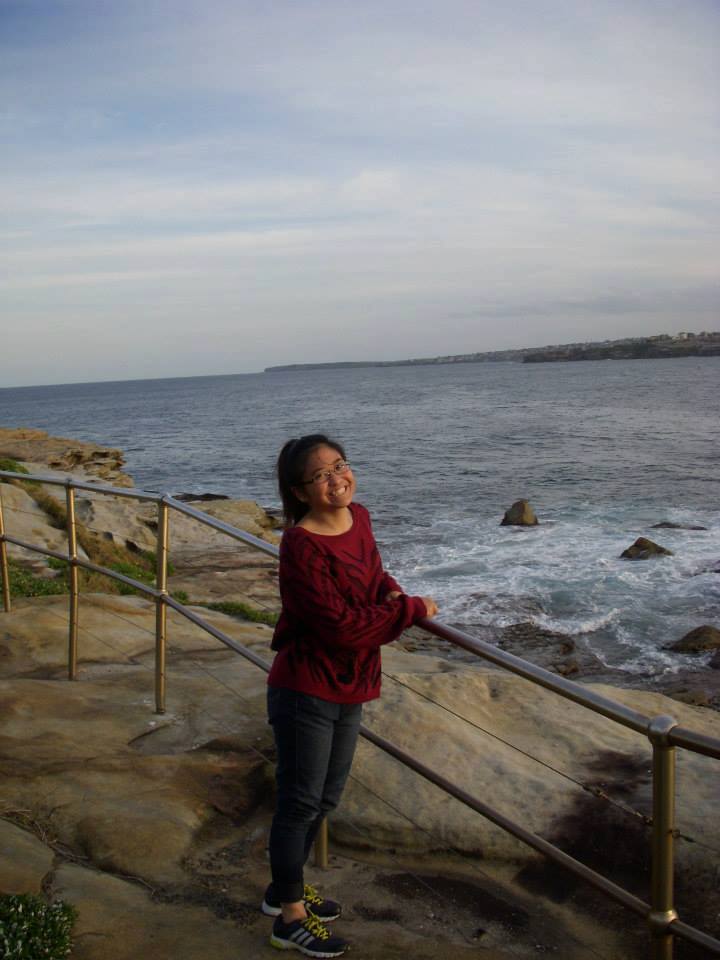 In the summer of 2006 I became a woman, although I did not know what that meant. My Mom was taking my two sisters and I to the swimming pool. I hopped into the changing room as soon as my Mom had paid the entry. But as I took my underwear off I was in shock. I sat in the toilet cubicle for five full minutes, staring at the blood splattered on my undies. Thoughts rushed through my head. Am I sick? Is there something wrong with my body? Am I dying? Do I have cancer? Finally I mustered all my strength and came out of the toilet cubicle, shaking as I approached Mom.

I held my bloody underwear out to show Mom. But when she turned and saw them, a big smile spread in her face.

“Congratulations!” she exclaimed enthusiastically. “You are a woman now!”

Horrified by my Mom’s cheerful reaction, I ran back into the toilet cubicle, locked myself in and cried hysterically. Why is Mom happy that I am dying? Once my Mom sent my confused sisters off to the pool, she stayed with me in the change rooms to explain to me that I was beginning my period. I never knew getting blood was a normal part of life as a girl… until then.

Mom had never explained how my body works as a woman. Anything in the area of love, relationships and sexuality was almost never addressed. The only thing that was said and never questioned was this: SEX IS BAD. But as a young girl of 10 years I was never going to understand what she meant by “sex is bad” when I didn’t even know what sex is.

At that age I had unfortunately already encountered the wrong people to show me the false idea of love and sexuality. Mom had encouraged us to invite three girls from our neighbourhood to play with us at our home. As we played around in my room, these girls started playing make-believe that they were at a club having sex with boys. At the time I didn’t understand what they were doing and what was happening, so I went along with the game. There was a sort of strange pleasure that came along with that game.

And that is where all my struggles began.

I know this was happening behind closed doors, but in my year group I was regarded as the “innocent one”. I kid you not, I was the only girl in my whole year that had no idea about sex and how my body worked as a woman. So many girls would turn to me in admiration: “You are so innocent! Don’t ever lose that innocence.” And then they would turn back around and go back to their sexual lifestyle – the one-night stands, having sex with their boyfriends and/or watching porn. The hypocrisy behind their words made me question this: if my innocence was so good, why are they going back to that lifestyle? I wanted to know what the big deal was about sex.

Thus, love became nothing more than sexual attraction and relationships became the means where I sought to take sexual pleasure from. My first two relationships where surrounded by lust, which I had confused with authentic love. But the whole time they were relationships of take and use, disregarding each other’s dignity. I started to believe that to be loved meant to be sexually attractive. I equalled my value to how many guys were attracted to me and how much I exposed my body. And so I hated my own body for not being sexy enough.

But everything changed when a woman gave me my first real lesson about love and sexuality: sex is the physical language of a man and a woman’s love for one another, a miraculous life-giving act, where a child is brought to life.

For such a long time I had believed that love = sex. Since that encounter with that woman I realised that sex was the ultimate physical language of one’s love for another. It is where one says to the other “I accept you entirely: heart, mind, body and soul.” It is a self-giving act, where one says to the other “I give myself entirely to you: heart, mind, body and soul.” Learning this truth about sex made me realise what a beautiful and sacred gift it was from God.

But how could anyone ever accept and love someone like me? Someone who has misused the sacred gifts that love and sexuality are? How could God even love a girl like me, with such disgusting habits? God would never love me like this! But this is not true because, just like the woman who was caught committing adultery, Jesus never condemns us (John 8:1-11). God is ever so merciful.

My weakness in the area of impurity does not cancel out the fact that He created me out of love, for love, to love and to be loved.

St Teresa Benedicta of the Cross said “The world doesn’t need what women have. It needs what women are.” And what are we? We are daughters of God. And what truly defines our individual value? God defines our value, because He is our Creator. He created us women with our bodies. But we are much more than our own bodies. We have hearts, we have minds and we have souls!

If you are someone who struggles with any form of sex addiction I want to you to know that if God can love a broken soul such as mine then He loves yours too! No matter where you’re from, no matter what you’ve been through, no matter what sins you have committed or the mistakes you made, God will always and forever love you.

Always and forever remember that: you are beautiful, you are worthy, you are loved because God loved you first.

1 thought on “Getting Real: Rosario’s Story”