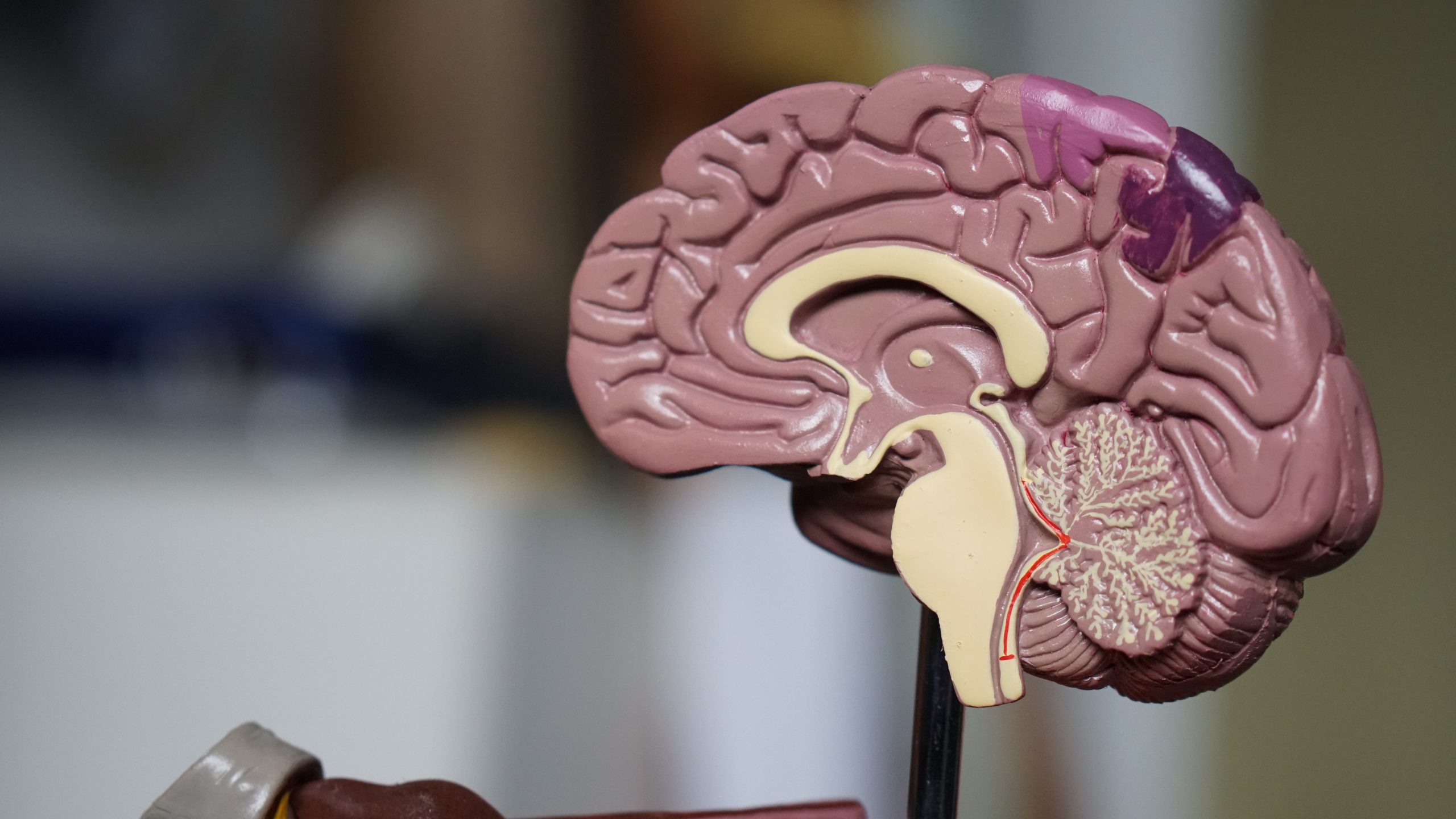 There’s a common misconception that pornography is only a men’s issue.

It’s almost assumed that all men either watch or struggle with pornography. Have you ever heard someone say something along the lines of ‘ninety percent of men admit to watching pornography…the other ten percent are lying!’. Yeah, me too.

But you may be surprised to find that women are actually uniquely susceptible to pornography addiction, in ways that men simply aren’t- right down to their biology in the womb. We’ve got it all wrong if we think men are the only ones ‘predisposed’ to the temptation of pornography. Pornography is not a men’s issue, it’s a human one.

There are four main reasons why women are uniquely susceptible to pornography addiction. None of these stand alone, and not all women will relate, but together these four things can create the perfect storm.

For the first two months of life all fetal brains have identical neural pathways. But at eight weeks, a testosterone surge in males kills some cells in the communication centres and expands areas dedicated to sex and aggression (1). Female brains though, remain especially structured for social connection. They have greater neurobiological powers of connectivity. This is why women, more than men, recover best in a group context.

This is not to say women are sensitive and weak, nor that every woman with a difficult upbringing will have mental illness or addictive behaviours, but female biological receptiveness to connection (and disconnection) means that relational stress doesn’t need to be dramatic to be quite damaging.

As Marnie Ferree says, ‘From conception to maturity, just being female seems to increase susceptibility to sex and love addiction’. Let’s explore further.

Attachment is the next topic, as it is intrinsically connected to biology. A female’s biology on its own isn’t going to send her spiralling into pornography addiction, but her connected brain paired with unhealthy or damaged attachment is a recipe for disaster.

Attachment in its simplest form refers to the nature of the relationship between child and the primary caregiver, whether it is secure and safe and whether the child’s basic physical and emotional needs are being met or not. An attachment injury is much like a physical one, something healthy gets broken or damaged. This can be an accident or an act of cruelty. Either way, the intimacy and safety between child and caregiver is ruptured to great detriment.

Because of female sensitivity to and need for connection, these attachment injuries seem to affect girls and women more dramatically than males.

I have firsthand experience of this. My brother and I are only two years apart in age and grew up in the exact same context. Whilst I can see remnants of childhood and adolescent stress expressing itself in my brother and have heard him speak of his frustrations with our parents, I seem to have been impacted in a deeper, more negative way by our shared upbringing and continue to feel a sense of abandonment and resentment for a lack of emotional nurture growing up that he doesn’t.

Of course, there are always many variables at play, but I do consider my ongoing emotional struggles with my parents as a result of attachment injuries which occurred quite early on, and seem to have affected me more deeply than my brother. I credit this in part for my eventual pornography addiction. I was impaired in my ability to form healthy relationships and was starving for affirmation, physical touch and expressions of love and affection.

Disturbed attachment is a hallmark of addiction. This is true of men and women, but seems more prominent in females.

Disturbed attachment is a hallmark of addiction. This is true of men and women, but seems more prominent in females. Click To Tweet

In western culture, women inherit damaging images and beliefs about femininity and sexuality which distort a healthy view of and expression of sex and self. This primes them for pornography use.

Kelly McDaniel outlines four core detrimental cultural beliefs that most women will be affected by. Some women may connect with all four, others with only one or two.

Can you see the inherent contradictions these beliefs present? To be loved, a woman must be both ‘good’ and sexual. However, being sexual is also classified as being ‘bad’ but to be a ‘real woman’ she must be desired in this way.

Confused? Welcome to the club. These are the twisted cultural beliefs that are forced upon all women, whether they are aware of it or not. These are presented through the media, pornography, religion and society. Slut shaming, victim blaming, purity culture, advertising and opposing cultural subgroups all contribute to this cacophony of beliefs.

McDaniel classes these beliefs as cultural ‘double-binds’. This is defined as a ‘psychological impasse created when contradictory demands are made of an individual so that no matter what they do, the response will be construed as incorrect…a punishing and inescapable dilemma’(4). They result in nothing but shame. Women are drained of their sense of worth and power, and left with little room for healthy, safe sexual development and identity. They are instead slaves to cultural femininity.

Pornography masquerades as a solution to the jumble of paralyzing cultural beliefs women face, but in the end pornography lies at the very heart of these beliefs and traps women further. It is yet another toxic voice demanding an impossible image of femininity.

Viewed in this context, pornography can be seen as a survival mechanism. It is an attempt at surviving a culture that forces women to live in a narrow, damaging sexual margin. An escape. Of course, it is not a very good survival mechanism, but when choosing between impossible options, it seems to provide the best solution in the moment.

Pornography masquerades as a solution to the jumble of paralyzing cultural beliefs women face, but in the end pornography lies at the very heart of these beliefs and traps women further. Click To Tweet

Pioneer sexual addiction specialist Dr Patrick Carnes first outlined the addiction cycle in 1983 (5). When it comes to female pornography addiction, there is another cycle that must be addressed in tandem with this one. The menstrual cycle!

There are distinct time-frames within a woman’s monthly cycle that have different effects on the body, from heightened arousal during ovulation to low mood and pain or fatigue in the week preceding bleeding. These different stages continually cycle throughout a woman’s reproductive years, providing extra opportunities to experience sexual or emotional triggers.

Hormonal rhythms make women more susceptible to the temptation of pornography on a regular basis.  The good news is, this sacred cycle can also be utilized in recovery. The predictability of hormonal changes provide an opportunity for women to be proactive in defending their sobriety and mental health.

Hormonal rhythms make women more susceptible to the temptation of pornography on a regular basis.   Click To Tweet

It is important to note too, that women are visual creatures. Not unlike men, if they see a potential mate with handsome features or a sexually titillating billboard, their thoughts will turn to sex. The reward centre of the brain will light up. Visual triggers can be just as much of a struggle for women as they are for men. Women don’t have sex with their eyes closed, sight is an important sense when it comes to pleasure and intimacy. Their natural sex drive cannot be ignored when it comes to pornography addiction. In this way, women aren’t that different to the men who also struggle with pornography. Porn hijacks normal sexual desire in humans and puts it on overdrive.

Together biology, attachment, culture and physiology make women uniquely susceptible to pornography addiction. It should come as no surprise then that 1 in 3 visitors to adult websites are female and crowds of women are coming forward seeking help from this relentless addiction. Pornography has the power to enslave, it captures men and women for different reasons and plays on each of their unique susceptibilities to keep them in slavery.